Think you are brave enough? Get yourself a gun surfboard Gun surfboards are designed for much bigger waves. So big a wave that most beginner surfers have never ridden in conditions where they might need a gun surfboard. But if you think you are brave and mature enough to ride a gun surfboard we are going to tell you all about it. Typically, gun surfboards range from 6 feet all the way to 10 feet. You have noticed that when riding a small board on a really big wave, it has a tendency to wobble. This is the reason why a gun surfboard is long and with extra thickness. All the same, they are narrow both at the nose and at the tail giving the rails enough contact with the wave. Surfboards which are narrow in the nose are best surfed off the tail since they cannot support your entire weight. This makes turning a little bit cumbersome. And of course you cannot fail to notice the rounded pin tail of the gun. The reduced tail region is very crucial when it comes to riding big waves since it allows the tail to be buried during high-speed turns. You will have plenty of them.

Riding a gun surfboard? Here is the science.

If you are going to choose a gun surfboard, you are definitely an expert. A gun surfboard is a much narrower surfboard. Big waves are going much faster than smaller waves and they have a lot more power so you must use less surface area on this board. If you are going so fast on a much wider board, you are going to skip out of the way. You are not going to be able to put that rail line into the wave. That’s the reason why you use a narrower and longer board so that you have a longer rail line. So that once you drop into the wave, you want to make that long turn and get out. Basically, you can tell that the narrow nose of the gun surfboard has lots of curves coming down into the wide point and then goes down into a round pin tail. The round pin tail is giving you a lot of control in bigger surfs. Now you are paddling into these waves that are going 20-30 miles an hour. You got to catch up with these waves and drop down over the leap into the wave. This is where the thick paddling comes into play because you want to get into the bigger wave earlier. 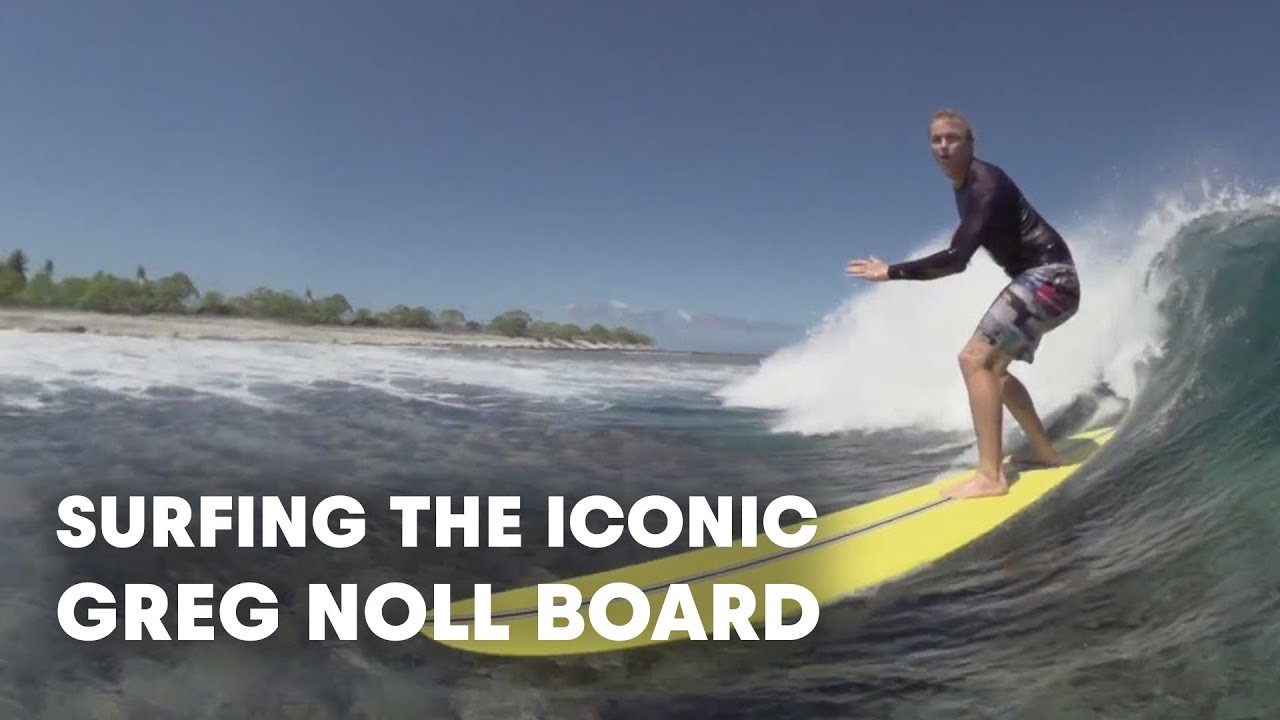 A Gun surfboard has a long rail line

You might also see some boards that appear from an angle to be gun surfboards, but they are not quite as big. These are semi-gun surfboards. They feature a continuous free flowing curve running on the outline without any straight sections or hips. These allow for smoother transitions between turns having in mind they are also used to ride larger than life waves.

Semi-guns appear from an angle to be gun surfboards, but they are not quite as big

Gun surfboard surf well in really big waves. In some instances, the waves are so big that you can only surf with a gun. When it comes to using guns on smaller waves, they will surely catch waves well, but it will be a hustle turning on them. Good luck trying to the gun like a shortboard on small days. Boggy master!